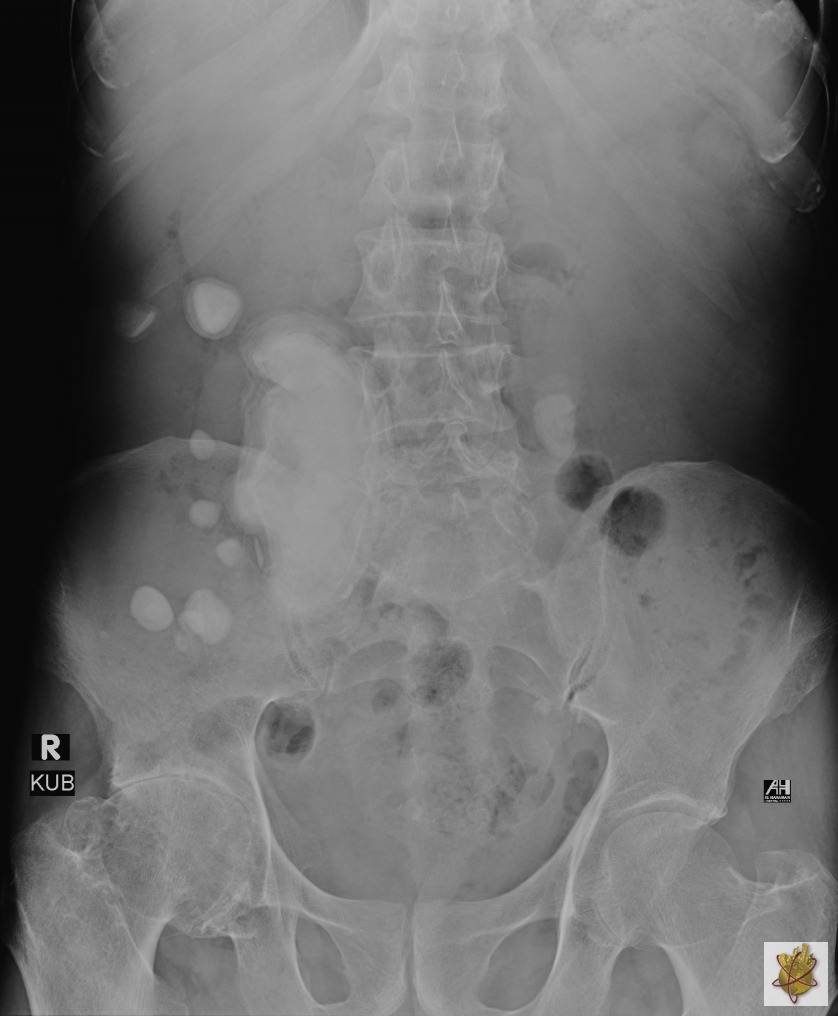 Both kidneys are grossly enlarged in bipolar length. Calyces are grossly dilated on both sides, with severe cortical thinning. Renal pelves are extrarenal in position bilaterally, with narrowing at PUJ on both sides. Multiple large calculi are present in calyces and pelves in both kidneys.

Hydronephrosis due to congenital obstruction at the pelvi-ureteric junction (PUJ or UPJ) is noted as the commonest single cause (40%) of an abdominal mass in the neonate. Many cases are diagnosed during prenatal screening and many during childhood due to its indicative clinical features. Delayed presentation during adulthood is also quite common. Several cases have been reported where presentation was delayed upto 6th or 7th decade. This case illustrates the circumstances and the impact of delayed presentation of PUJO. The patient has a long history of episodic pains, which he either ignored or the treating GP did not advise for further evaluation. Often, patients are not compliant with advice for further evaluation because all that matters to him is the pain. Thus, the patient has made a habit of taking analgesics & antispasmodics that are available over the counter. Over all these years, the kidneys have lost their cortices, calculi have developed and the pain can no longer be comfortably relieved by medications.

Repeated spasmodic pain in an adult should stimulate a search for an obstructive cause, including PUJO 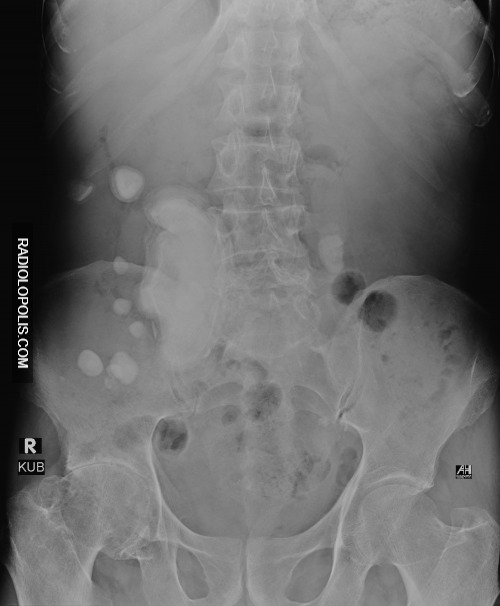