Small bowel intussusception in an adult with giardiasis 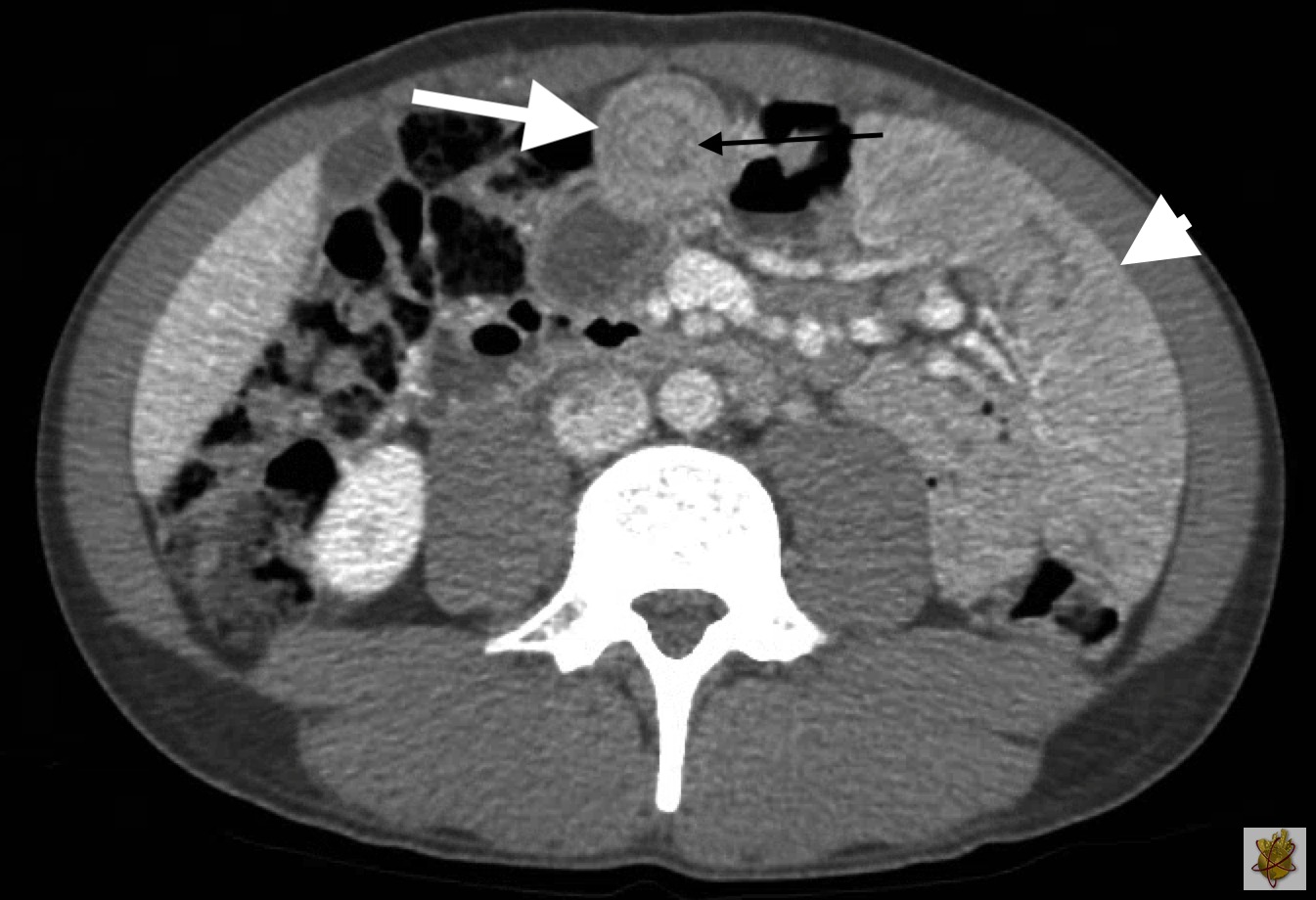 Small bowel intussusception in an adult with giardiasis

A previously healthy 31-year-old male presented to the Emergency Department with 3 weeks of nausea, vomiting, and watery blood-tinged diarrhea after drinking well water from his worksite where he worked as a logger. The patient had been seen for similar symptoms at another hospital 2 weeks prior, for which he was treated symptomatically with antiemetics. Physical exam was significant for tachycardia to 105 bpm, temperature of 37.9 C, and left abdominal tenderness without guarding or rigidity. Laboratory evaluation was significant for a mild leukocytosis to 11.1 cells/uL without left shift. Liver function tests, chemistries including lipase, and urinalysis were unremarkable.

Contrast enhanced abdominopelvic CT was performed which demonstrated moderate smooth and circumferential wall thickening of the proximal jejunum with two foci of intussusception without definite focal lead point or mass (Figures 1, 2). Outside medical records were requested, which were significant for positive giardia-specific stool antigen. The patient was treated with intravenous fluids and Metronidazole with improved symptoms the following day. Follow-up abdominopelvic CT one day after treatment and initial imaging demonstrated moderate persistent proximal jejunal wall thickening with resolution of the intussusception (Figure 3). 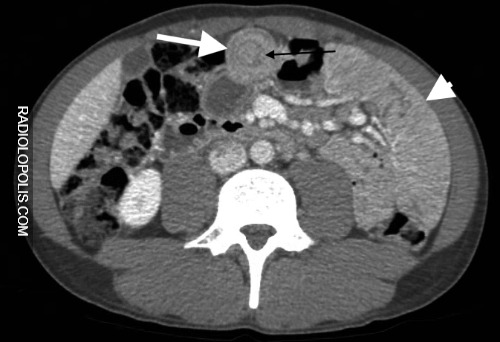 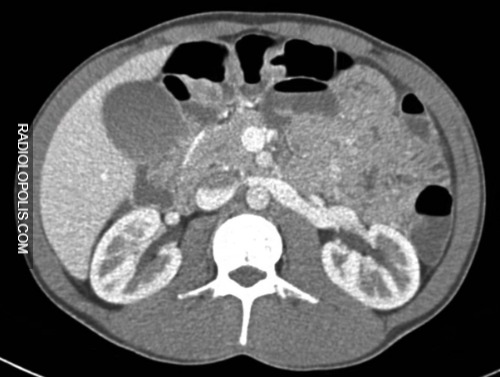