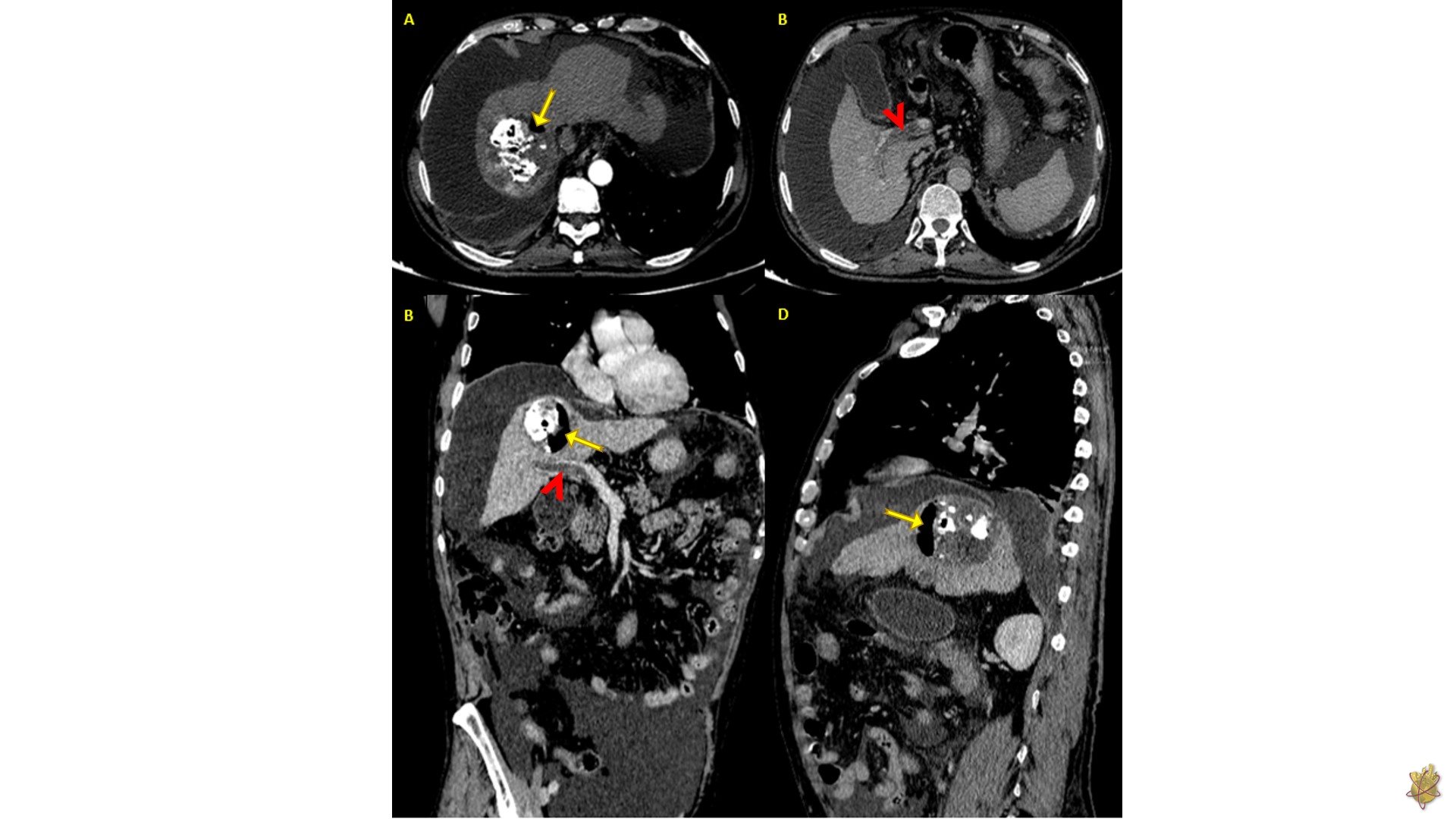 Posted By Yo EL Ha

A 46-years-old man followed for cirrhosis with HCV as an etiology. He was tabetic, under beta blockers, spironolactone and furosemide. A nodule was diagnosis on follow up US for his cirrhosis. An ACT was performed revealing an HCC of the VII and VIII segments measuring 76 mm. The Child Pugh Score is B.

ACT done 6 weeks after TACE, the HCC decreased volume measuring 69 mm versus 76 mm with lipiodol fixation and liquefaction estimated at 90 %. There was newly appearance of gaseous croissant (yellow arrow) in the lesion associated to adjacent pleural effusion. In addition to this, we noticed a partial portal vein thrombosis extended to its right branch (red head arrow). The important ascites associated suggest decompensation of hepatic failure complicating the portal vein thrombosis. The patient developed fever few days after TACE, WBC count was 25 720 elements per ml with 95.8 % of neutrophils, CRP was about 110 mg/l compared to normal WBC and CRP counts before TACE. Patient undergo severe hepatic failure with abundant ascites and encephalopathy within some weeks of the procedure, causing his death.

TACE is the standard treatment option for patients with unresectable HCC and intermediate stage (BCLC B). Major complications occur in 5 % of patients, with 1% as risk of death. According to a study conducted by Jianfei Tu et al, incidence of major complication was 2.1 % per patient and 0.84 % per TACE procedure; the most frequently reported major complication was liver rupture; the mortality rate of major complication following TACE was 16.7%. The incidence of liver abscess in literature varies between 0.2 and 2 %. It is statistically discrepant among different institutions and regions. The risk factors of liver abscess are iatrogenic or non-iatrogenic bacterial infection, the immunosuppressant effect of chemotherapeutic agents associated to other circumstances such as diabetes mellitus. No case was described before for portal vein thrombosis occurring after TACE. The portal vein thrombosis diagnosed before represent an absolute contraindication of TACE because it is associated to a high risk of hepatic failure. Hyper-selective TACE can be performed with enough portal collaterals. In these two cases, portal vein thrombosis was detected 6 weeks later, associated with abscess and hepatic failure. The thrombus can be either cruoric or septic. There was no portal vein thrombosis on CT performed before, or while performing TACE. 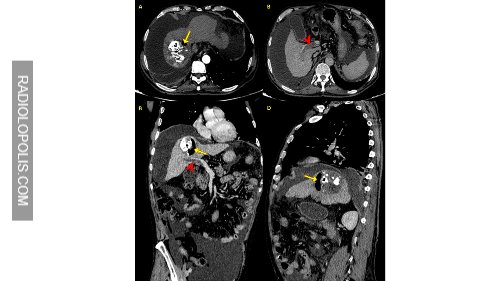