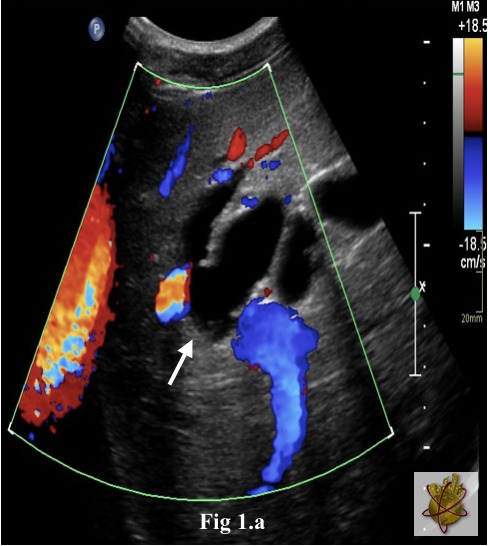 We present the case of a previously healthy 16-year-old boy evaluated for recurrent episodes of epigastric pain radiating to the interscapular area and associated with nausea and vomiting.

Pertinent laboratory tests showed elevated Gamma-glutamyl transferase (657 IU/L) and Alkaline phosphatase (4913 IU/L). Subsequently, an ultrasound (US) was performed and demonstrated multiple dilated intrahepatic cystic structures communicating with the bile ducts (Figures 1a and 1b). The gallbladder appeared unremarkable. The diagnosis of a choledochal cyst (CC) was entertained and magnetic resonance cholangiopancreatography (MRCP) was recommended for better assessment. MRCP was performed and showed a 5.0 x 4.0 cm round lesion in the region of the common bile duct (CBD), in the vicinity of the duodenum, medial to the pancreatic head. The lesion showed increased signal on T1-weighted images and a thick low-intensity signal rim on T2-weighted images (Figures 3a, 3b, and 3c). There was associated severe intrahepatic biliary ductal dilatation. The overall appearance was mostly in favor of accumulation of calcifications and proteinaceous material in a pre-existing CC, type IVA versus type V. An abdominal radiograph was obtained (Figure 2) which showed no calcifications in the topography of the previously detected anomaly. However, upon a thorough re-evaluation of the magnetic resonance imaging (MRI) images, the lesion seemed to be adjacent to the CBD and not within it. The possibility of an extrinsic abnormality, such as duodenal diverticulum or old hematoma compressing the CBD, could not be ruled out. The study was reviewed by an experienced pediatric radiologist and an experienced liver-specialized radiologist as well. Repeat imaging using liver-specific contrast was suggested to further characterize the lesion. Dynamic imaging in the hepatobiliary phase post-Eovist administration (Figures 4a, 4b, 4c, and 4d), a liver-specific contrast agent, showed contrast excretion within the dilated intra- and extra-biliary ducts, outlining the previously described lesion within the CBD and confirming the diagnosis of CC, type IVA. The CC was successfully removed surgically, without complications. 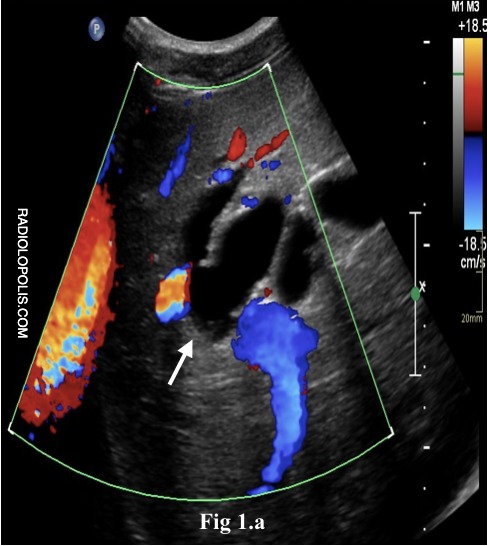 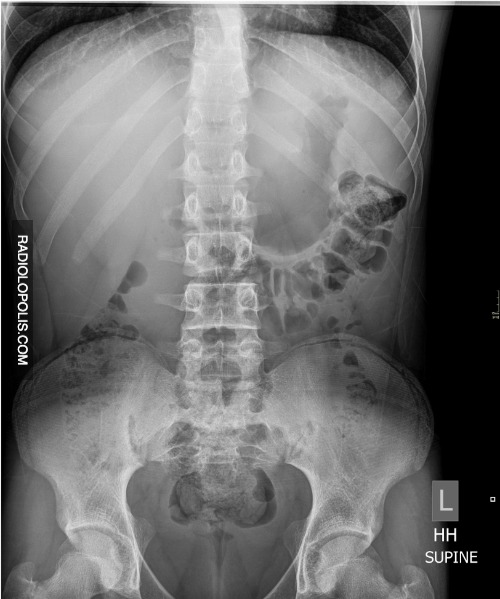 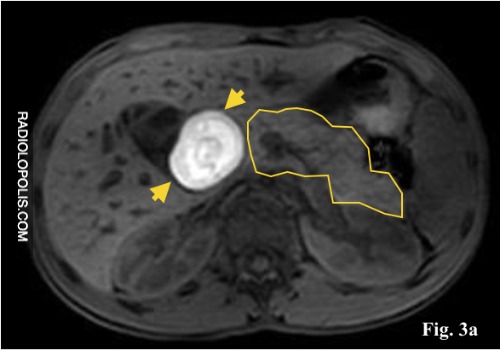 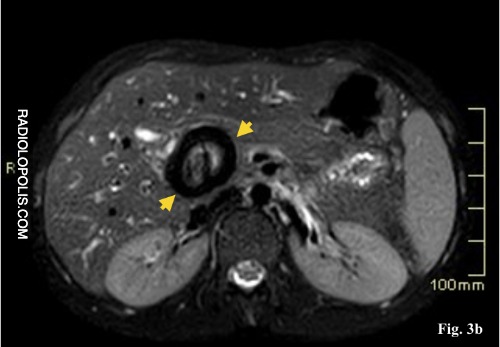 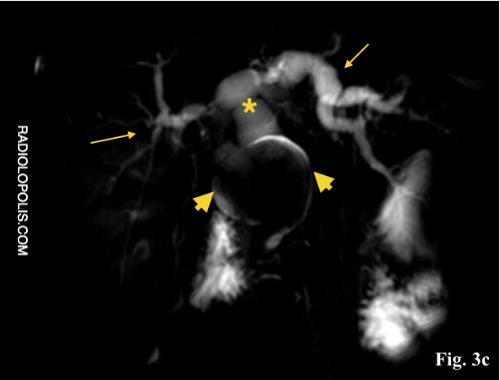 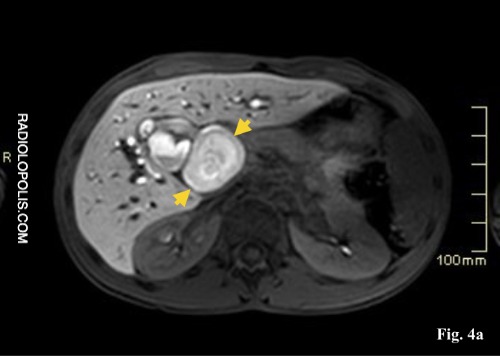 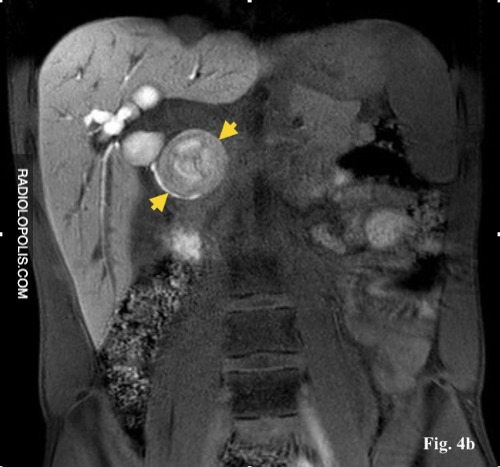 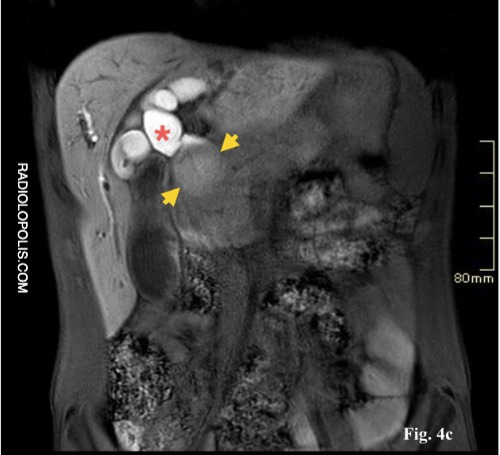 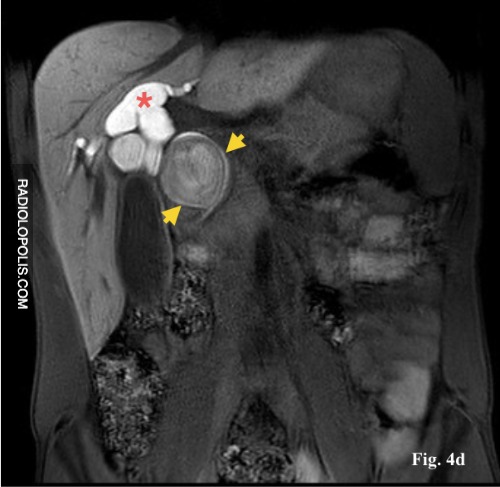