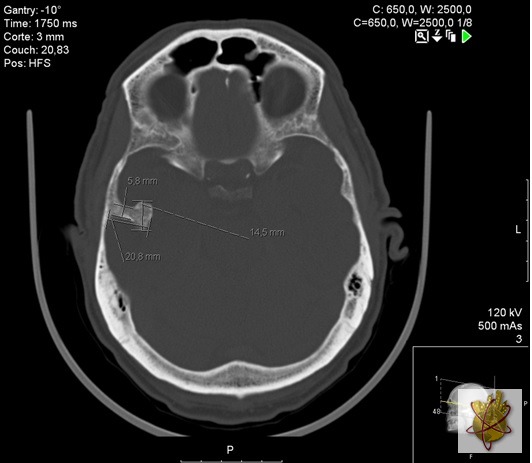 A 64-year old man was referred to our emergency department (ED) presenting with altered state of consciousness. He was found unconscious by his daughter at home who also described a "generalized shaking". She denied signs of trauma, sphincter incontinence and confirmed that he was fine the day before. By the time the patient got to the hospital he spontaneously recovered and had no memories of the event. There was no history of previous events, drug or alcohol abuse. His past medical history included arterial hypertension with long-term use of perindopril 5mg bid. In the ED, he was hemodynamically stable, afebrile and had a normal neurologic exam. His arterial blood gas test confirmed normoglycemia and excluded significant acid-base or ionic disturbances. The rest of his blood analysis showed only discrete serum CK elevation (762 U/L for a reference range of <145U/L), with normal renal and hepatic function tests as well as preserved complete blood count. During his time in ED he had a brain computer tomography (CT) which detected a tubular 20.8 x 14.5 mm enostosic formation in the right temporal fossa with resulting mass effect on the adjacent temporal lobe (Figures 1 and 2). There was no ventricular involvement, edema, structural deviations, concussion, or hemorrhage. Subsequently, he suddenly became stuporous and unresponsive to verbal or tactile stimuli. An electroencephalogram (EEG) was performed which detected generalized epileptiform activity derived from right temporal lobe (Figure 3). The patient recovered after treatment with levetiracetam and was then observed by Neurosurgery who decided to evaluate the case later on. The patient was discharged with long-term use of levetiracetam 500mg bid and is pending final decision on whether surgical treatment should be performed. 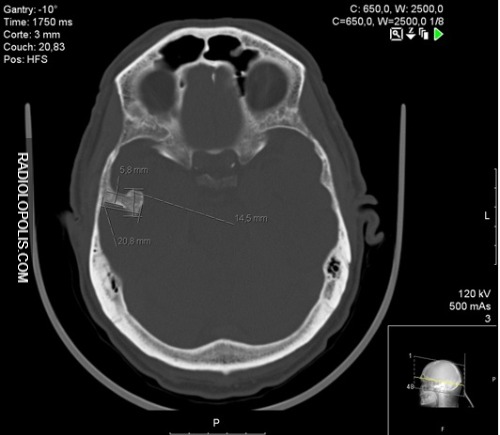 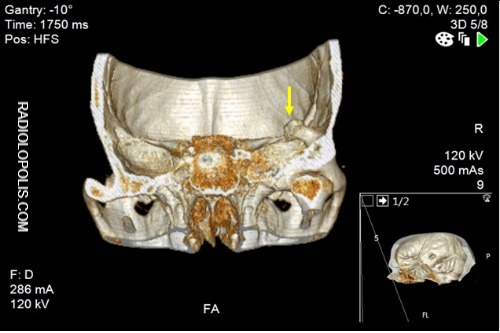