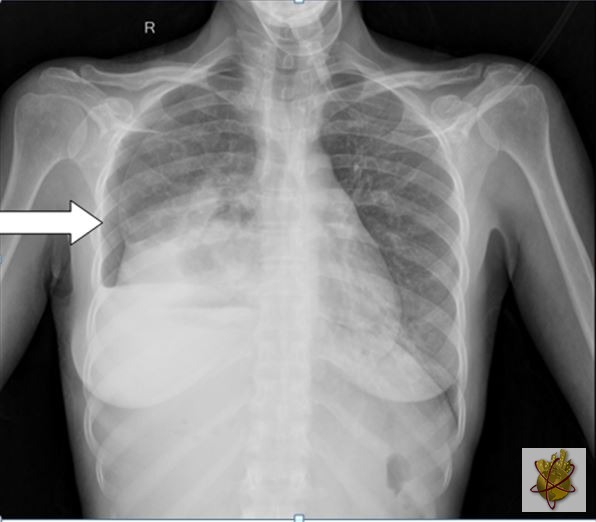 A 44-year-old female patient of known squamous cell carcinoma esophagus, diagnosed two months ago, presented to the emergency department of our hospital with an acute onset of respiratory distress and dyspnea fortwo days. She had neither undergone any surgery, nor received radiotherapy or chemotherapy. On examination, she was found to have tachycardia with a hyper-resonant note and decreased air entry on right side of the chest.

Chest radiograph revealed hydropneumothorax on right side with consolidation in right middle and lower lobes (Figure 1). Contrast enhanced computed tomography (CECT) of thorax was done, which showed a heterogeneously enhancing long segment mural thickening extending from upper thoracic esophagus to cardia of stomach for a length of about 15cm and with maximum thickness of 1.4cm (Figure 2). A defect of about 1.5cm was found on the right lateral wall of esophagus at the level of D6 vertebral body showing a direct communication with an ill-defined abscess in the lower lobe of right lung. The abscess, in turn, showed communication with segmental bronchus of right lower lobe (Figure 3). A thin communication of right lower lobe segmental bronchus was seen with the right pleural cavity (Figure 4) resulting in moderate right sided hydropneumothorax with passive atelectasis and consolidation of right middle and lower lobes (Figure 5).Multiple metastatic nodules were also noted in the left lung (Figure 5). On endoscopy, a defect was found in the right lateral wall of esophagus, which showed communication with a sub-segmental bronchus of right lower lobe (Figure 6). A partially covered esophageal stent was inserted under endoscopic guidance in the same sitting, following which the patient showed clinical improvement. Post stenting esophagogram showed no leak of contrast (Figure 7).

Etiology and demography: Esophageal perforation and esophageal-respiratory fistula (ERF) are one of the rare life threatening gastrointestinal conditions with high morbidity and mortality.The true incidence of esophageal perforation worldwide is not yet clear [1]. Most patients of esophageal perforation are in their sixties with prevalence in males being more than the females [2]. Iatrogenic injury is the most common cause of esophageal perforation. Other causes include traumatic, spontaneous and rarely neoplasms. The factors like difficulty in accessing the esophagus, lack of a strong serosal layer and the proximity to vital structures lead to high morbidity and mortality rate due to esophageal perforation [3, 4]. Clinical features and imaging findings: Patient of ERF may present with sudden onset chest pain, tachycardia, breathlessness, sudden drop in blood pressure, vomiting of blood, subcutaneous emphysema and cervical pain, in case of perforation in cervical esophagus. The triad of vomiting, chest pain and subcutaneous emphysema is known as the Mackler triad [11]. Pneumomediastinum, pneumothorax, subcutaneous emphysema, mediastinal widening, or a mediastinal air-fluid level may be seen on chest radiograph [12,13]. Left sided hydropneumothorax is seen in patients with esophageal perforations involving the distal third part [14]. In a suspected case of esophageal perforation, esophagogram using water-soluble non-ionic contrast agent should be performed to identify the site of perforation if the patient is stable. A water-soluble contrast agent should be used instead of barium to prevent mediastinitis. Video fluoroscopy helps in dynamic evaluation of the esophageal lumen as well as the motility of esophagus. Even though barium swallow fluoroscopy examination has the advantage of being a real-time study, fistulous tracts are always detected [15, 16, 17]. A negative esophagography however, does not rule out perforation. CECT plays a pivotal role in diagnosing radiographically negative fistula and complications secondary to fistula formation. A routine CT study may miss these fistulae if the fistulous tract is collapsed or small. These pitfalls can be overcome by performing a CT oral contrast swallow study [18]. A recent study demonstrated that CT contrast swallow was better tolerated and more sensitive than fluoroscopy at detecting post-esophagectomy anastomotic leaks [19].However, endoscopy remains the gold standard for confirmation of the fistula. Complications: Most common complications are pneumonitis and lung abscess.Most common complications are pneumonitis and lung abscess that may eventually lead to sepsis, acute respiratory distress syndrome (ARDS), and death. Treatment and prognosis: There is no cure for malignant esophageal-respiratory fistulae. Palliative procedures like esophageal stenting, bypass, exclusion or surgical repair with fistula resection may prolong survival [20].

Esophageal-pulmonary fistula is a rare but fatal complication of carcinoma esophagus that should be actively looked for, even in cases that have not received radiotherapy. Subtle fistulous connections are better appreciated on lung window rather than mediastinal window. Fistulous communications of carcinoma esophagus can simultaneously be seen with bronchi, pleural cavity and the lung parenchyma in the same patient. 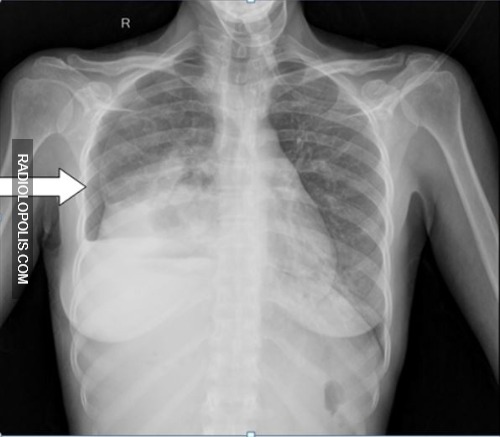 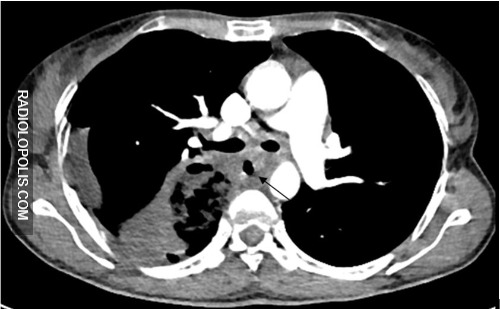 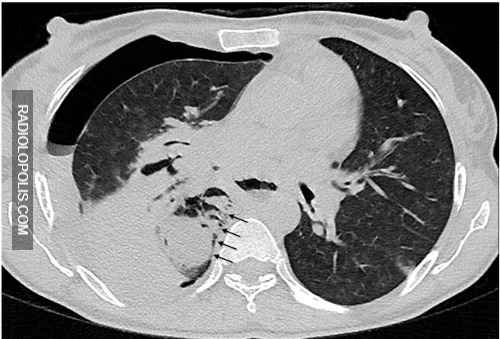 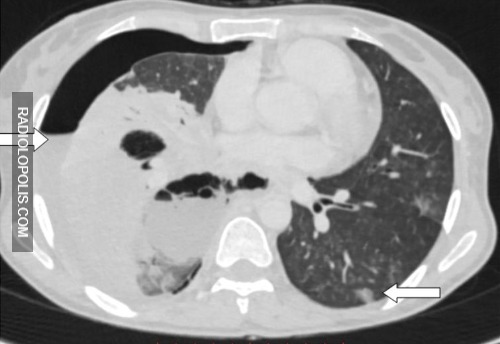 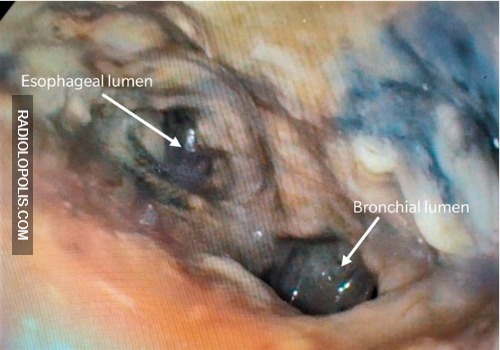 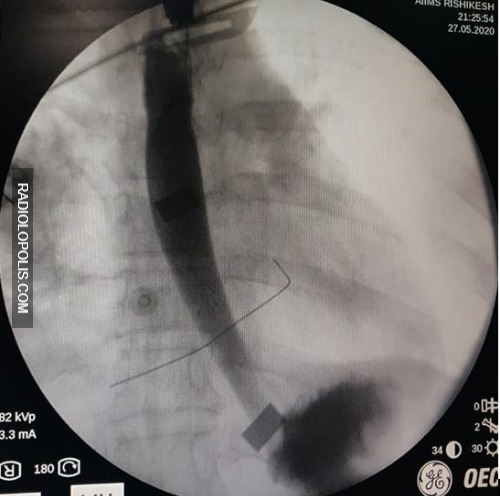