Ruptured Meckel diverticulitis in an adolescent 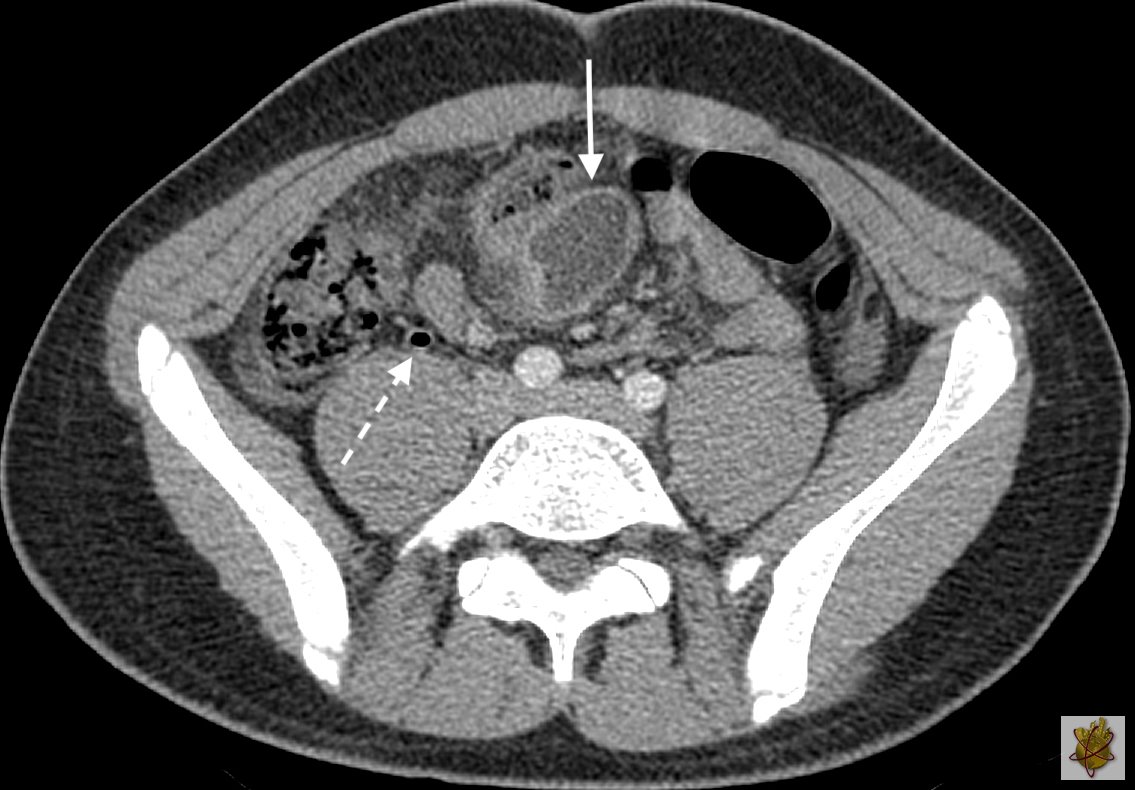 Ruptured Meckel diverticulitis in an adolescent

Meckel diverticulum is the most common congenital gastrointestinal malformation with an estimated prevalence of 2-4%. No controversy exists in the resection of even incidental MD found intraoperatively in patients under the age of two due to risk of future complications from the MD. The benefits of removal are considered to outweigh the potential complications from a relatively innocuous diverticulectomy in these patients already undergoing major abdominal operations. Similarly, symptomatic Meckel diverticula in both adults and children are routinely treated with diverticulectomy. However, the lifetime risk of complication from MD is not established and consequently, controversy exists in the management of asymptomatic MD in patients over the age of two because lifetime risk of complications from removal has been suggested to be greater than that of the diverticulum itself. Complicated diverticulitis with free perforation carries a 6-35% mortality in adults. Mortality in adolescents is unknown due to its exceptionally low prevalence, but is thought to be higher. Our case of perforated Meckel diverticulitis poses an important diagnostic dilemma. Symptomatic MD classically presents with gastrointestinal bleeding in children under the age of two. Other less common presentations in children include obstruction and intussusception. In adults, the most common complications of MD include obstruction and hemorrhage. Complicated Meckel diverticulitis with perforation caused by heterotopic gastric mucosa is an exceedingly rare entity in adolescents and adults. The differential for an unidentified abdominal mass with signs of infection is diverse, and complicated Meckel diverticulitis should remain on the differential, regardless of age at presentation. Ruptured MD may be misdiagnosed as a more common pathology, such as perforated appendicitis, due to similar clinical and imaging features. Appendicitis has traditionally been treated with urgent appendectomy, making the preoperative distinction of complicated appendicitis and complicated Meckel diverticulitis inconsequential in practice. As conservative management of appendicitis is gaining favor, accurate diagnosis of Meckel diverticulitis becomes imperative in modern practice. Without clear indication for surgical intervention, more conservative measures such as antibiotic therapy and percutaneous drainage may be attempted. Incorrect application of this management strategy would delay diagnosis and potentially increase the risk for complications and/or recurrence. In our case, clinical and imaging findings prompted suspicion for ruptured Meckel diverticulitis and led to an accurate and timely working diagnosis, facilitating optimal patient care. 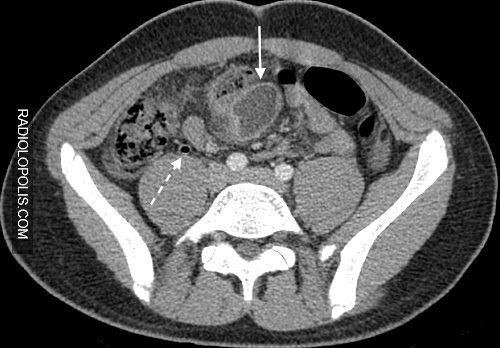