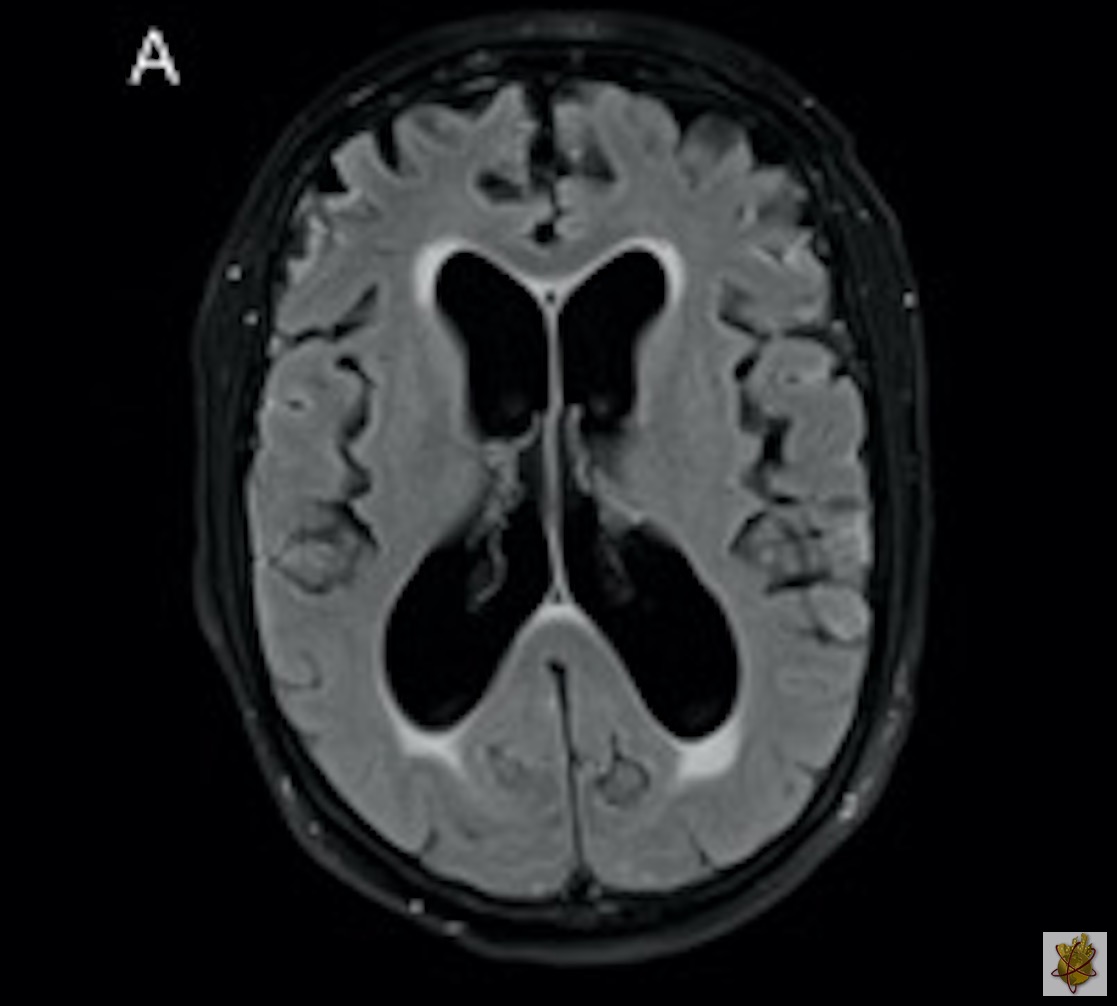 A 72-year-old female patient with a history of remote breast cancer was transferred to the inpatient neurology service at our institution with gait impairment, frequent falls, 2-3 months of headaches and 6 months of confusion. Cytology from a lumbar puncture showed atypical epithelial cells concerning for neoplasm. Previous MRI of the brain reportedly had findings concerning for carcinomatous meningitis and ventricular enlargement.

On MRI of the brain and spine at our institution, it was noted that the areas of “leptomeningeal enhancement” were actually hyperintense on the precontrast T1-weighted sequences and were strikingly hypointense on the T2-weighted sequences. Therefore, leptomeningeal melanocytosis/melanomatosis was suggested. A biopsy was performed, demonstrating a densely cellular, atypical melanocytic lesion filling the meningeal space with possible brain involvement.

Melanocytes are normally present in the leptomeninges on the inferior surface of the cerebrum, the brainstem, and the spinal cord. The abnormal proliferation of these cells, which are of neural crest origin, leads to the development of primary melanocytic lesions of the CNS, which include leptomeningeal melanocytosis and melanomatosis, melanocytoma and primary malignant melanoma. The prognosis of symptomatic leptomeningeal melanomatosis is dismal, with median survival of 6.5 months after symptom onset. Contrast-enhanced MRI of the brain and spine is the imaging modality of choice for diagnosis.

The presence of both T1 and T2 shortening associated with lesions in the subarachnoid space should raise suspicion for primary leptomeningeal melanocytic lesions. 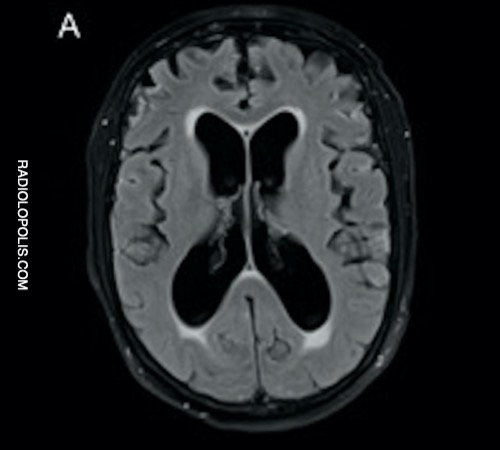