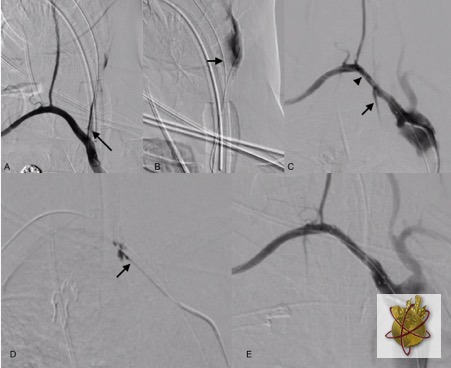 An aberrant right subclavian artery (ARSA) is the most common aortic arch anomaly. Few cases of ARSA - esophageal fistula have been reported and rarely have patients survived the bleeding episodes. We describe the case of a 61 year old woman with squamous cell carcinoma of upper third of esophagus who had undergone radiotherapy. She presented with massive hematemesis and hypotension . Contrast enhanced CT showed an anomalous subclavian artery posterior to the esophagus and encased by the mass. Angiogram revealed blowout of the ARSA . Endovascular stent graft was deployed spanning the segment of subclavian artery with blowout. Minimal persistent perigraft leak was managed with glue embolization. The bleeding was successfully controlled. Unfortunately the patient succumbed to multiorgan failure two days later due to initial prolonged hypotension. 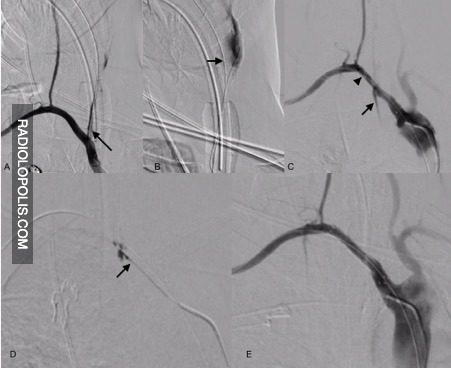