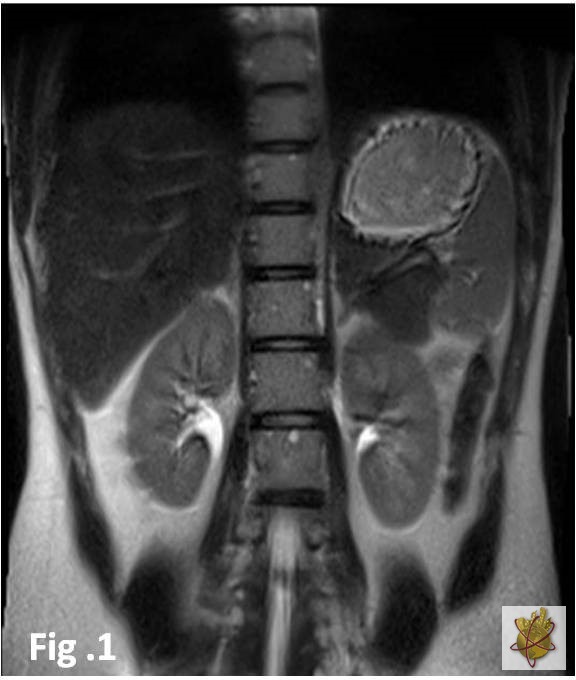 A 21- year-old male presented with complaints of swelling over bilateral groin region, left more than right, since 2 months. There was an increase in the size of the swelling on walking and reduced while lying down. There was no history of loin pain, dysuria or facial puffiness. The patient gave no history of passing whitish urine nor any constitutional symptoms . There was no other significant past or medical history.

On local examination he had bilateral inguinal region more on the left side. Swelling showed no cough impulse / warmth/ tenderness. Scrotum was normal. Pulse rate and blood pressure were within normal limits. Laboratory investigations revealed a hemoglobin level of 14.6 g / dl. A total neutrophil count of 6,030 cell/ cu.mm, with 81.2 % neutrophils, 15.9 % lymphocytes and 0.7 % eosinophils. The erythrocyte sedimentation rate,serum creatinine and urea were normal. The urine routine examination was normal with absence of casts, dysmorphic red blood cells, white blood cells or malignant cells. 24 h urinary protein was within normal limits. Urine culture and blood culture were negative. Blood smear was negative for microfilaria. Ultrasound of the abdomen revealed multiple, ill-defined, cystic tubular areas encasing the aorta and Inferior vena cava in the retroperitoneum, extending into the left inguinal region. Both kidneys were normal (Fig. 1 ). The rest of the abdominal solid organs appeared to be normal. The patient then underwent magnetic resonance imaging. Magnetic Resonance Imaging of the abdomen showed fluid filled, tubular T2 hyperintense structures communicating with each other, extending along the course of retroperitoneal lymphatics - starting just below hilum of both kidneys along the infrarenal abdominal aorta, inferior vena cava into pelvis along the iliac vessels on both sides of urinary bladder upto bilateral inguinal region, left more than right (Fig. 2A and B ).There were T2 hyperintense lesions involving L4 Vertebral body, bilateral pelvic bones and sacrum (Fig. 3A and B ). The imaging findings were thus consistent with dilated lymphatics suggestive of extensive retroperitoneal lymphangiectasia with bone involvement. To confirm the diagnosis ultrasonography guided fine needle aspiration cytology of inguinal swelling was performed which confirmed it to be lymphatic fluid.

Retroperitoneal lymphangiectasia has characteristic imaging findings and can be easily diagnosed by ultrasound, CT and MRI. It has benign course, usually incidentally detected and rarely needs surgical intervention. This case is unique as to the best of our knowledge; congenital retroperitoneal lymphangiectasia with bone involvement, without any concomitant renal involvement has never been described previously. 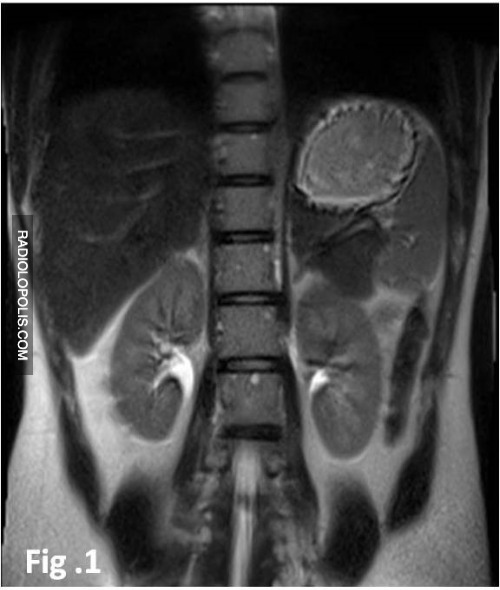