A “blood theft” after liver transplantation: the role of radiology in the diagnosis, treatment and explanation of splenic artery steal syndrome.

A “blood theft” after liver transplantation: the role of radiology in the diagnosis, treatment and explanation of splenic artery steal syndrome.

A 47-years-old man presented to our institute with a multifocal hepatocellular carcinoma in a cirrhotic liver. After six months of systemic therapy, he became eligible for Orthotopic Liver Transplant. On the 5th day after transplant, the patient developed an acute hepatic failure scenario.

On the fifth day after the transplant, lab analysis of liver function suddenly got worse. Transaminases arose from 99 U/L to 142 U/L, gamma-glutamyltransferase from 35 U/L to 698 U/L, and bilirubin levels from 1.8 mg/dL to 8.9 mg/dL. Color-doppler Ultrasound (US) showed a very low main hepatic artery resistance index (RI) of 0.47 with a low peak systolic velocity (PSV 31.8 cm/s) and a flattened Doppler US peak waveform. Portal vein RI was 0.34 with an elevated PSV of 86 cm/s and there wasn’t evidence of relevant arterial stenosis, portal thrombosis or biliary dilatation (Figure 1). Main differential diagnoses included hepatic artery thrombosis or stenosis and acute graft rejection ruled out by the Computer Tomography (CT) scan (Figure 2). Eventually, a celiac angiography confirmed the absence of stenosis and showed a marked preferential blood flow into the splenic artery with a scarce and slow filling of main hepatic artery and its branches (Figure 3), thus diagnostic for splenic artery steal syndrome. Treatment options were discussed in a multidisciplinary round involving hepatobiliary surgeons, hepatologists and interventional radiologists. The two main possible treatment options were: surgical ligation of the splenic artery or splenic artery embolization and we proceeded with the latter. A 5 Fr valved sheath was inserted in the right common femoral artery. Catheterization of the celiac trunk confirmed the absence of stenosis and showed a preferential flow into the splenic artery and an insufficient filling of hepatic artery branches. The splenic artery was then engaged and a vascular trilobar plug of nitinol of 10 mm was placed proximally in the splenic artery taking care to preserve the major tributary vessels of the pancreas (Figure 4b). The procedure was safe and effective resulting in the complete occlusion of the main splenic artery. The normal flow in the hepatic artery was regained. (Figure 4a). Finally, groin hemostasis was achieved. Procedure duration and fluoroscopy time were 48 and 8 min respectively. Cumulative kerma–area-product (PKA) was 47.8 Gy∙cm2. The procedure was safe and effective resulting in the complete occlusion of the main splenic artery with a consequent redistribution of the blood flow in the hepatic artery thanks to the greater resistance(Figure 4). The efficacy of the treatment was confirmed by DopplerUS that showed a prompt improvement of hepatic artery PSV (from 31.8 cm/s to 72.1 cm/s) with a regularly pointed apex waveform associated with a reduction of portal vein PSV (from 86 cm/s to 54.4 cm/s) and portal vein RI (from 0.34 to 0.18), with portal vein mean velocity of 32.5 cm/s (Figure 5). After splenic artery embolization liver function tests quickly improved and normalized. Before discharge the patient underwent contrast-enhanced US that showed homogeneous enhancement of the spleen without necrotic areas, confirming a preserved splenic flow allowed by the presence of splenic collateral vessels (Figure 6).

The most frequent causes of posttransplantation hepatic ischemia and failure consist primarily in acute thrombosis, which occurs in about 10% of liver transplant recipients, and secondly in stenosis of the hepatic artery. Splenic artery steal syndrome is an under-recognized cause of graft failure after OLT. The incidence of artery steal syndrome after liver transplantation varies considerably between 3.1 - 11.5%. The most accepted pathogenetic hypothesis, even if not completely demonstrated, is that hepatic artery hypoperfusion is due to a relatively portal venous hyperperfusion mediated by an altered compensatory mechanism defined hepatic arterial buffer response. Digital subtraction angiography is the gold standard for the diagnosis because shows hepatic and splenic vessels flow alterations. Regarding treatment options, embolization with a minimally invasive method has demonstrated a lower rate of complications than surgical splenectomy and has comparatively low complications to prophylactic ligation of the splenic artery. 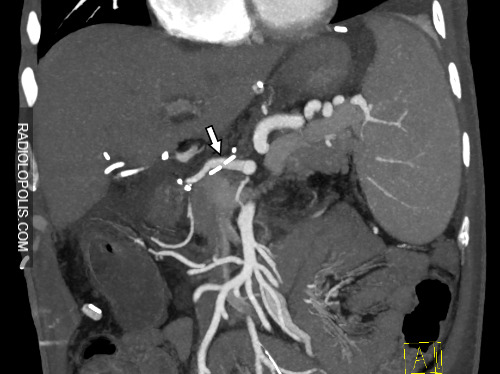 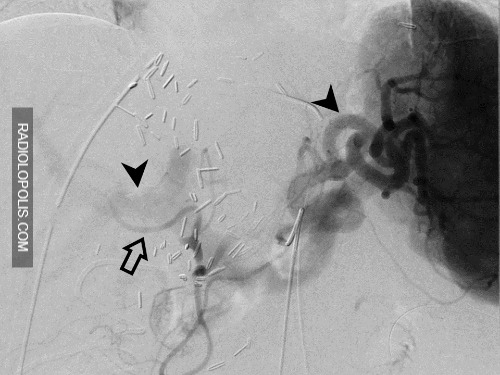 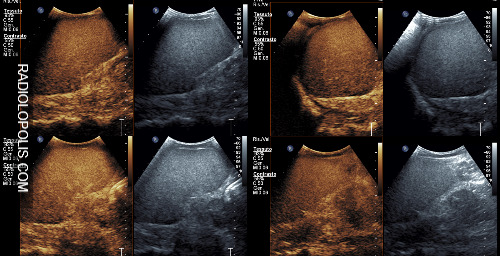