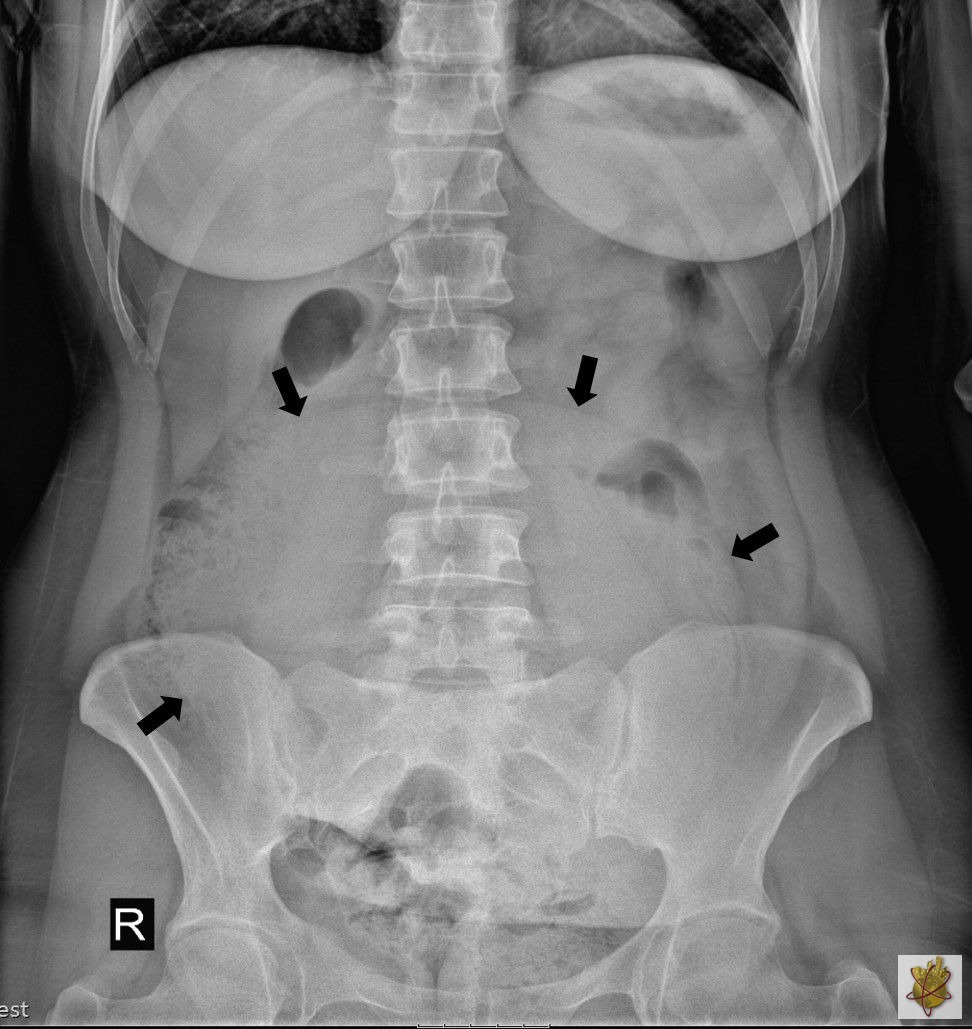 A-36-year-old female patient was referred to the emergency room (ER) with severe abdominal pain and distension, which increased notably in the last three months. The pain was constant and localized into whole abdominal quadrants. The patient had a history of ectopic pregnancy operation seven years ago.

Physical examination revealed marked tenderness in the whole abdomen. Her laboratory tests including white blood cell count and C-reactive protein were within normal limits. The abdominal radiograph showed a centrally located soft-tissue mass (Figure 1). US showed a well-defined cystic mass with distinct hyperechoic wavy structures causing intense posterior acoustic shadowing (Figure 2). An enhanced abdominal CT scan was performed subsequently. CT revealed an ovoid mass measuring 20 cm in diameter with an enhancing capsule in the umbilical region containing wavy striped high-density areas (Figure 3). Intraabdominal tumour, abscess and gossypiboma were considered in the differential diagnosis. After the surgical consultation, the operation was decided. At exploratory laparotomy, a well-circumscribed firm mass was detected with extensive adhesions to a loop of the small bowel posteriorly (Figure 4). Numerous adhesions were released, and the pelvic mass was excised with the adherent small bowel and its mesentery. In pathology evaluation, the diagnosis of gossypiboma was verified.

Gossypiboma can have two types of body responses: aseptic fibrous and exudative. The aseptic fibrous response can show adhesions, encapsulation, and, eventually, granuloma formation as in this case. The retained surgical sponge is encapsulated by a fibroblastic response, and secondary retraction of surrounding structures may occur. In most instances, this form can remain asymptomatic for years and they may be found incidentally on imaging as a mass or may present with nonspecific complaints mimicking an obstructive pathology, such as abdominal pain, nausea, and vomiting. The exudative response leads to abscess formation with or without secondary bacterial invasion. The exudative response leads to abscess formation with or without secondary bacterial invasion. If gossypibomas develop early in the postoperative period, they usually are associated with an episode of abscess formation and sepsis because of an exudative body reaction that may be associated with bacterial contamination. Ultrasound findings include a well-circumscribed lesion appearance featuring a waved hyperechoic area with dense acoustic shadowing. On CT scans, gossypiboma has been classically described in the literature as a well-defined soft tissue mass with a whorled texture or a spongiform pattern with trapped gas bubbles. Although gas bubbles are considered a characteristic feature of gossypiboma on CT scans, they are only present in a minority of cases. Calcifications of the wall surrounding the mass may be observed as well. Contrast enhancement may be seen in the capsule, but it is not a distinctive finding for gossypiboma. Early recognition of gossypiboma followed by immediate surgical retrieval usually results in an excellent prognosis. In case of delayed diagnosis, morbidity and mortality increase substantially as major operations are often required in these situations.

Gossypibomas are uncommon, mostly asymptomatic, and hard to diagnose. Gossypiboma should be included in the differential diagnosis of soft-tissue masses detected in patients with a history of a prior operation. 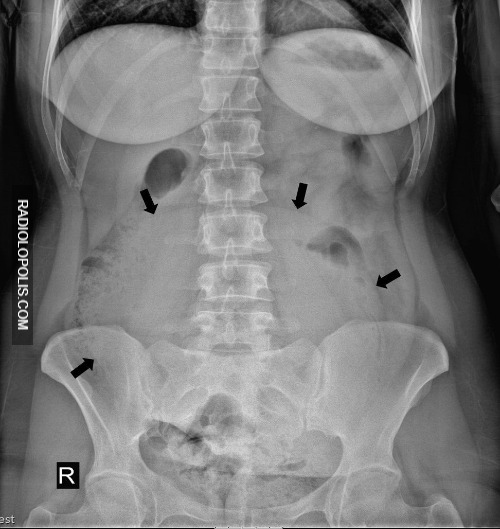 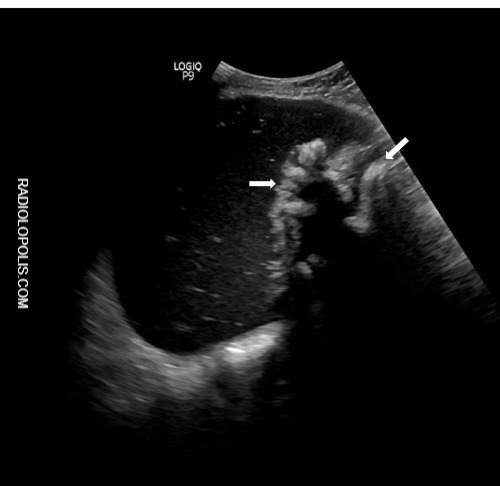 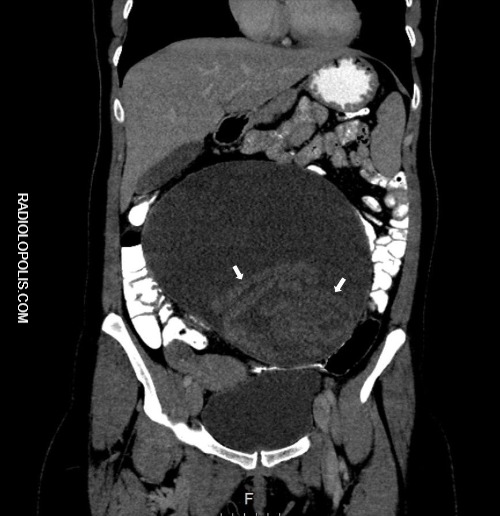 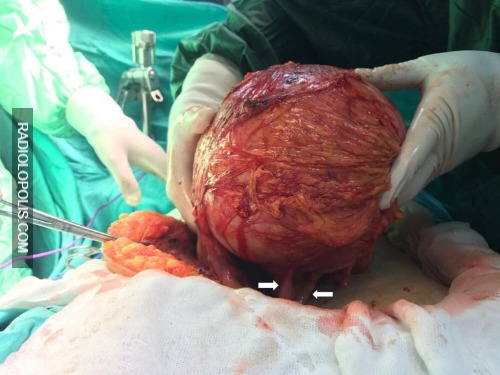